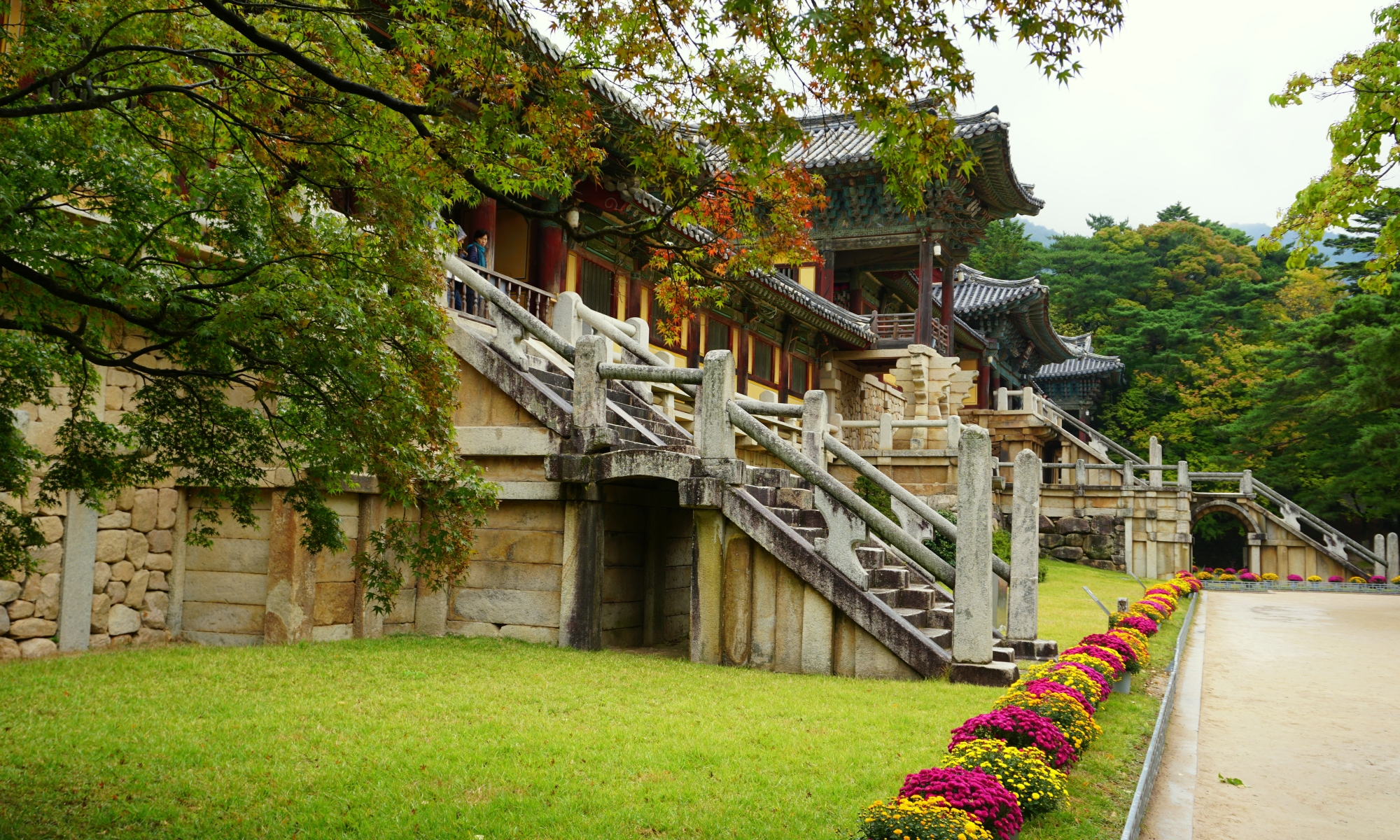 If you are thinking on visiting some other places rather than Seoul, Gyeongju (경주시) might be a good choice. The city offers many historical sites from the Silla Dynasty such as Seokguram Grotto, Bulguksa temple, the Royal Tomb Complex, the Cheomseongdae, which is one of the oldest astronomical observatories in East Asia and the Anapji royal pond garden. I have been to all of these sites before and they are all interesting, but if you have limited time, I recommend visiting these three: Anapji, Seokguram and Bulguksa. I wish I had photos of all of these attractions, but the first time I was there I had a really old camera and the photos are not presentable. This time we picked the day with the worst weather and it was raining cat’s and dog’s by the time we were finished with Seokguram and on our way to the Tombs. All sights are in the open and it was not worth getting soaked in the rain.

Bulguksa (불국사) is not my favourite Buddhist temple, but it is nonetheless a must-see attraction when visiting South Korea. It is a UNESCO World Heritage Site and encompasses seven National treasures of South Korea, including the Dabotap (다보탑) and Seokgatap (석가탑) stone pagodas. Dabotap is currently depicted on the 10 Won coin. 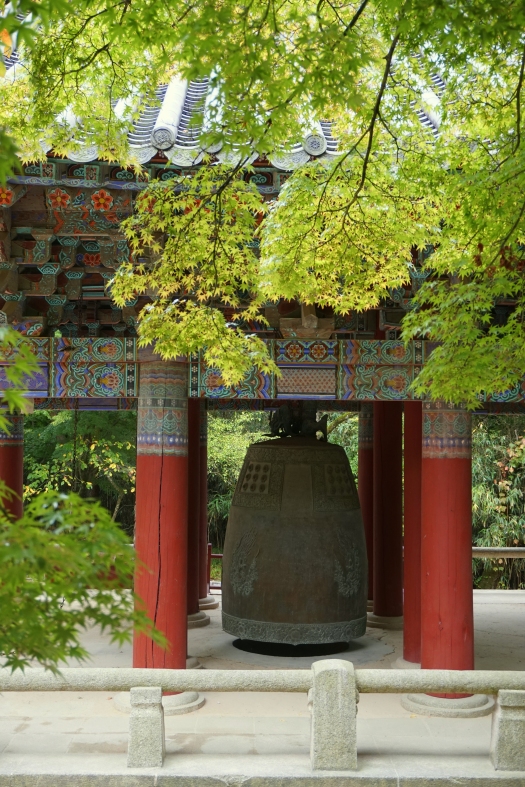 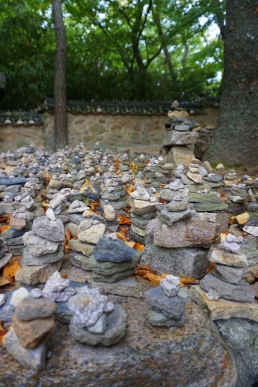 Seokguram Grotto (석굴암) is a UNESCO heritage site as well and is located on top of Toham Mountain (토함산) four Kilometers east from Bulguksa. In my opinion, it is worth a visit for the view alone! 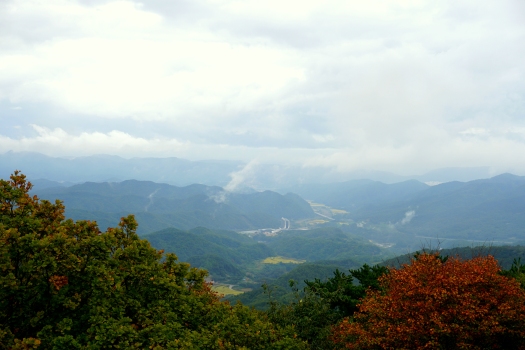 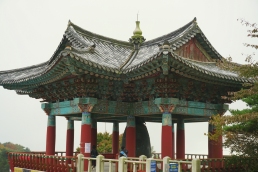 I wish I had a photo from inside the grotto, but you are not allowed to take pictures there.

There are more sights in Gyeongju, but I am not a big fan of the rest. Cheomseongdae (첨성대) is pretty small and was kinda underwhelming. 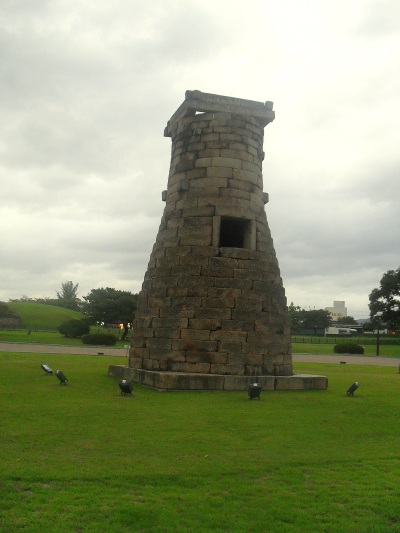 Donggung Palace and Wolji Pond in Gyeongju (former name is Anapji 안압지) are definitely worth a visit if you are in Gyeongju. Especially beautiful at night due to the pretty lightning and the reflections in the pond. Unfortunately I have no recent photos of the place.